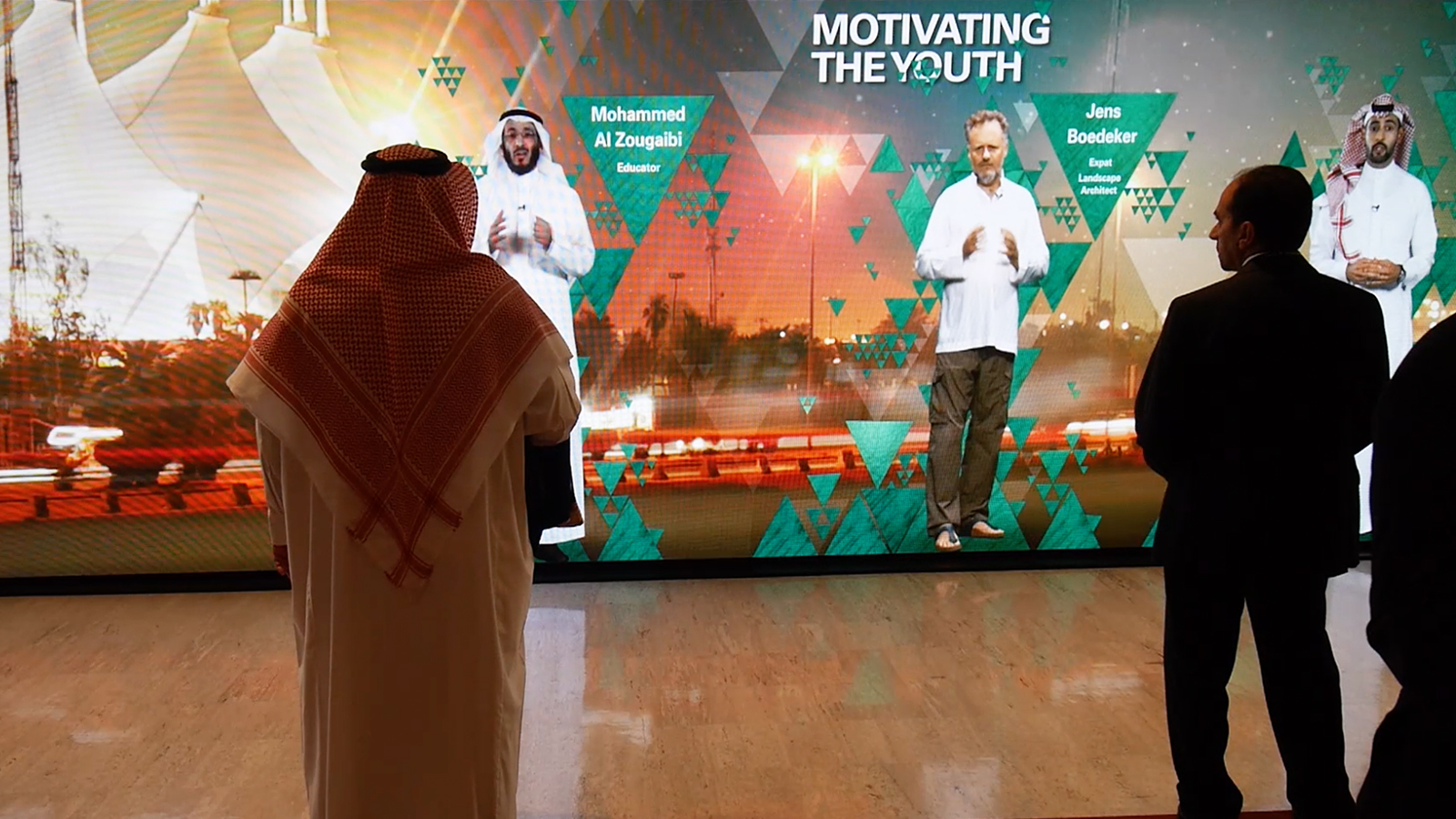 High-ranking diplomats from 193 countries experienced a special media highlight during the General Assembly in New York 2016.

A 24 meter long LED wall immersed them in the modern metropolis of Riyadh, the capital of the Kingdom of Saudi Arabia.

As a part of the event „A Day in Riyadh“, TAMSCHICK MEDIA+SPACE developed an interactive LED panorama for Boris Micka Associates. At the busy junction of the building the passing UN diplomats could have a look into the city of Riyadh: A window to another country, unknown traditions, a foreign culture.

Once the passerby approached the wall, people appeared telling their personal stories of their daily lives: Students, entrepreneurs, athletes, journalists, engineers, architects, doctors and professors did shine a light on the many facets of this modern city.

The installation connects the cities of Riyadh and New York with their two cultures and generates attention for the 5-day event, where experts discussed the economic, environmental, urban and social development of the capital of the Kingdom of Saudi Arabia.

Music and Sounddesign
Not a Machine